I have long explored, evaluated, and used a number of different productivity apps. There are tons of great tools out there and I appreciate the ability to organize, archive, filter, cross-off, and whatever other powerful things they allow me to.

However, there always seems to be a cognitive load to getting my thoughts into those systems. I don't want to have to name them or pick a journal or figure out how to structure my text. I just want to tap (as few times as possible) and write. I'll sort out what to do with that text later.

A while ago (two years, geesh), on the first episode of Cortex something CGP Grey mentioned struck me as exactly my process when describing his use of the Apple Notes app:

Notes is: "Oh some thought popped into my head and I just want to write it down. I don't even necessarily know what it is or where it's going to go." I just put it in Notes if some thing comes into my mind. And I have a regular review session that I do with myself where I will go through just everything that got dumped into Notes and I'll sort it out later. But I very often find myself in situations where there's just something I want to write down quickly and I'm not even sure exactly what it is or where it's going to go.

I like this approach, but I wanted it even simpler. I wanted an app that always had the keyboard open, didn't need any manual organization, and automatically saved what I typed. When I have time later, this app should make it easy to triage my notes and export them to whatever app I wanted. So I built it.

QuickJot is that app. It's available to download for free.

The app is very simple, with the workflow baked in. Open it and start typing. Close it if you want; your text will be saved. Something else to write? Tap "+" to add another note. Rinse and repeat.

If you have time to triage your notes, open the app and tap "Triage". They'll all be there, ready to export or remove. If you're motivated by red badges, you can turn on your "inbox counter" app badge. (Completely optional if you aren't.)

QuickJot's simple by design. Open and write. Export when you have time. Don't let your ideas get away. 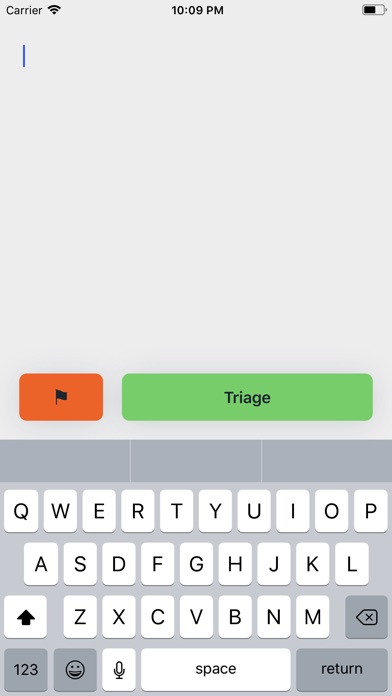 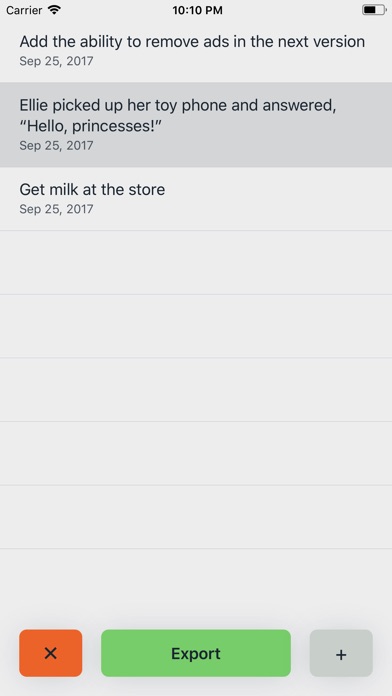 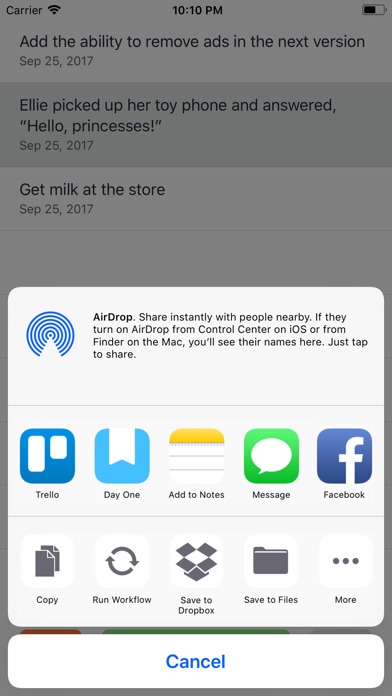